3 of our band members successfully completed their higher musical studies this year! It has been wonderful to experience their evolution from so close, a privilege to witness it from the front row and fantastic to see all 3 of them deliver a master concert they can be truly proud of. 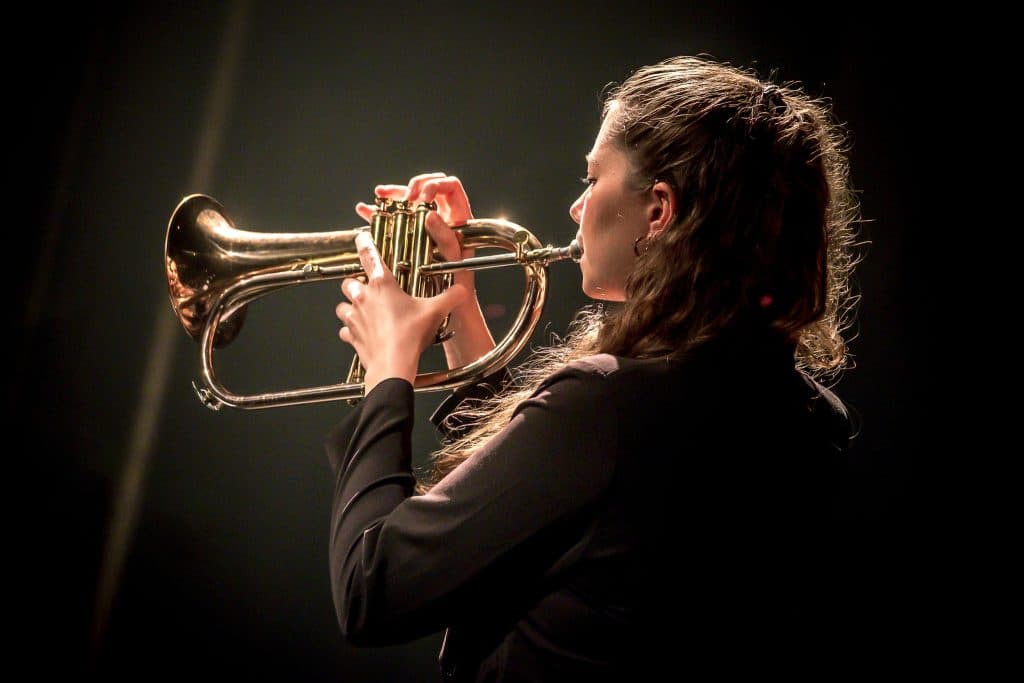 “Music and birth both should go with an organic, natural flow”

For her master project, Marthe managed to combine in a very cohesive way the 2 greatest passions in her life: birth and music. All of the musical compositions, which she wrote with the help of Diederik Wissels, are based on an actual birth where she was present as a doula. That makes that each and every composition is linked to a true story, a true life experience of giving birth that left a deep impression on her.

This approach also shows there’s a lot of similarity between birth and music: they both should go with an organic, natural flow that when the magic happens, it all comes together. After some guidance from Diederik, the writing of these compositions also went surprisingly smoothly, with inspiration and creative ideas that were coming in from very different angles: over Mudita, from Nadje Noordhuis, to Colin Vallon.

Marthe explains that together with her band, composed of Victor Khadaj (drums), Jerry Kuan (piano), Federco Stocchi (bass), Jan Boudart (guitar) and Pierre Lagache (soprano sax), bringing every composition took her all the way back to that very moment in the birth room, a unique experience she’s very grateful for. 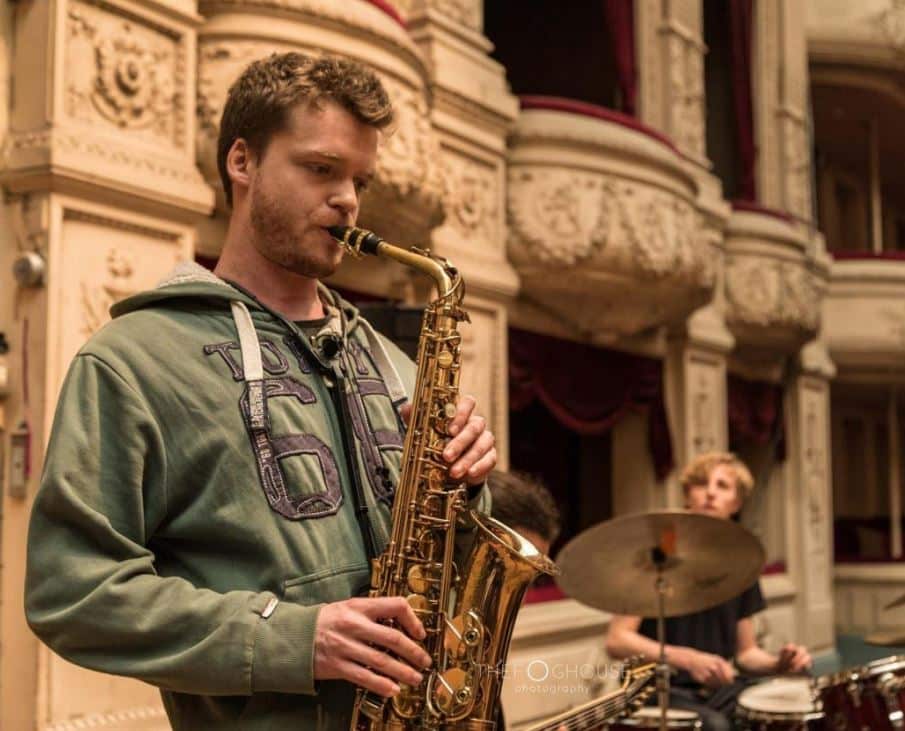 For his master concert, Pierre put together a big band (with a lot of Q-some band members) and wrote all the arrangements himself. The repertoire included two titles by David Guetta and a composition by Enrico Pieranunzi.

For those who know David Guetta a little better and perhaps start frowning: when studying in Chambéry (France), Pierre’s teacher and namesake Pierre Drevet regularly shared his despair and disappointment at seeing DJ’s instead of conservatory musicians at the music events that took place in the park. He then jokingly said it would be fun to cover David Guetta’s music in jazz one day, an idea that has stuck around ever since.

During his two-year master’s degree, It was Lode Mertens who taught him the tricks of the trade of big band arrangement while before that, it was with Pierre Drevet that he studied the fundamentals for three years. Vincent Magnon taught him classical writing for four years in Chambéry, also an extremely important foundation. Bruno Vansina accompanied Pierre during his master as a saxophone teacher while he was previously with John Ruocco and Jeroen Van Herzeele in Brussels and Laurent Blumenthal in Chambéry.

Before joining the Conservatory of Ghent, Jany was already the lead trumpet player at the Ghent Youth Jazz Orchestra and played with the Zaz big band at Ghent Jazz in 2015. The start of a career that continued to go in crescendo!

The jury, composed of Nico Schepers, Kurt Van Herck, Jean-Paul Estiévenart and Ben Sluijs, was very enthusiastic about his technical trumpet playing and musicality and didn’t hesitate for a second to launch Jany onto a promising career of trumpeting.

Subscription to our newsletter open soon.

No comments to show.